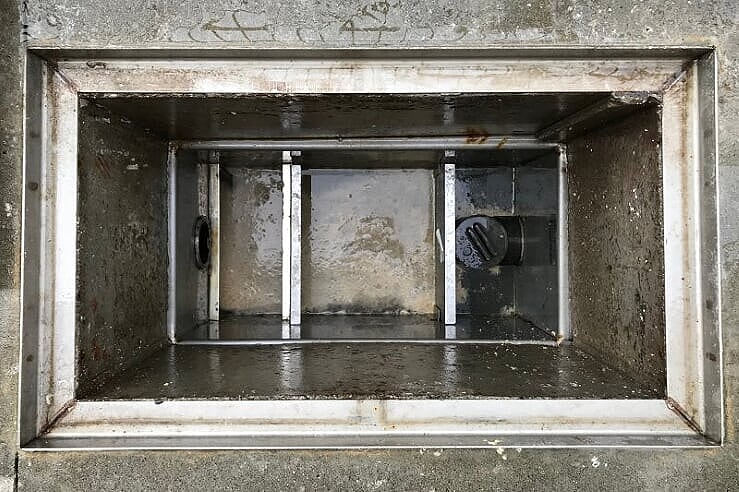 If you plan to open any food business in Denver, CO, grease trap installation and maintenance is a prerequisite. The local City Health Safety Code strictly follows the directions set out by the EPA to ensure that the sewer system flows freely and safely.

Ever since the first cheeseburger was created in Denver, more and more restaurants have popped up to make the perfect burger. These restaurants use a lot of oil, which produces FOG (fat, oil, grease). FOG poses a threat to the city water system and has to be trapped before it reaches the pipes. This is where a grease trap or grease interceptor comes in.

A grease trap does just what its name implies–traps grease before it reaches the sewer system. After a while, the trap reaches its allowable capacity of about 30% and requires emptying. By regularly following a grease trap pumping schedule, you can prevent leakage into the sewer system, which may require emergency closure of your kitchen.

Restaurants are not the only business establishments that require a grease trap to be installed. Other facilities that require this system include church kitchens, school kitchens, cafes in offices, and kitchens in hospitals’ special needs facilities.

When our team of experts inspects your business, we decide the type and size of the grease trap ideal for your food business. This decision is based on the regulations set out by the City of Denver. After deciding on the right grease trap, we will consult with you and come up with the best grease removal system that is tailored to your restaurant’s needs.

In terms of functionality, a grease trap and a grease interceptor do the same job of removing grease before it reaches the sewer system. However, the difference between the two lies in each’s capacity; this factor will determine which of the two will best fit your restaurant’s needs.

Grease traps are usually recommended for smaller kitchens because of their limited capacity of only 200 gallons. They can also be used if your restaurant does not handle a lot of fatty foods. On the other hand, if your business handles high oil volumes, a grease interceptor should be used. Grease interceptors can hold more than 1,000 gallons of grease and are typically located outside of your kitchen, underground.

In terms of design, grease interceptors are more complicated and require a skilled crew for maintenance. Removing the grease from a grease trap is straightforward compared to pumping grease from an interceptor.

Another difference between these two grease trapping mechanisms is the installation process. Since the grease trap has a straight forward design, it can be installed within a day. However, these traps are only used for kitchens that have a small FOG volume or overall waste output. The advantage of a grease trap is that the installation is inexpensive compared to an interceptor. One of the disadvantages is that you will require shorter pumping intervals because of the smaller capacity of the trap. Many restaurants require monthly pumping to ensure that the trap doesn’t overflow.

With the difference between a grease trap and interceptor clear in your mind, we only need to know three more factors before we can start serving you:

How much does installing a grease trap in Denver cost?

It is difficult to provide a fixed amount regarding this question primarily because different factors affect installation costs. Different restaurants have distinct layouts that can make installation either smooth or challenging. If the restaurant parking lot allows the grease interceptor to be installed next to the establishment, you will save money on plumbing and installation. On the other hand, if there is not enough space, the installation process will be more complicated and costly.

Before you decide to have a grease trap or interceptor installed, keep these figures in mind. This will ensure the process runs smoothly. For large commercial kitchens, you have no option but to establish a grease interceptor in compliance with local laws. However, smaller kitchens such as cafes and diners, may pass the requirements for grease trap installation.

Our team will still conduct an on-site inspection to make sure we understand the needs of your business. All the variables, such as the size of your restaurant, its location, and the amount of greasy food you serve, are considered before we offer a free estimate. This ensures that the final cost of your pumping and cleaning is ideal for your specific needs. All you need to do is give us a call, and one of our technicians will be on-site in no time.

Denver Grease Trap Cleaning are experts in all kinds of grease trap and grease interceptor systems. When you give us a call, we will show up as soon as possible to offer a free estimate for your grease trap maintenance. Contact us now at 303-578-9333.

GET A GUARANTEED CALL BACK
FROM THE OWNER